How to hedge in FXCM investment?

How to hedge in FXCM investment?

On January 15, 2015, the Swiss National Bank suddenly announced the abolition of the ‘lower limit of 1.20 EURCHF’, which has been implemented for years.

Even the first Forex broker listed on the New York Stock Exchange FXCM, was caught unaware and suffered seriously, dragged by this news and direct limit down.

Incidentally, if you have invested in the US stock FXCM, how do you hedge it?

Let INSIDERS demonstrate and guide you! 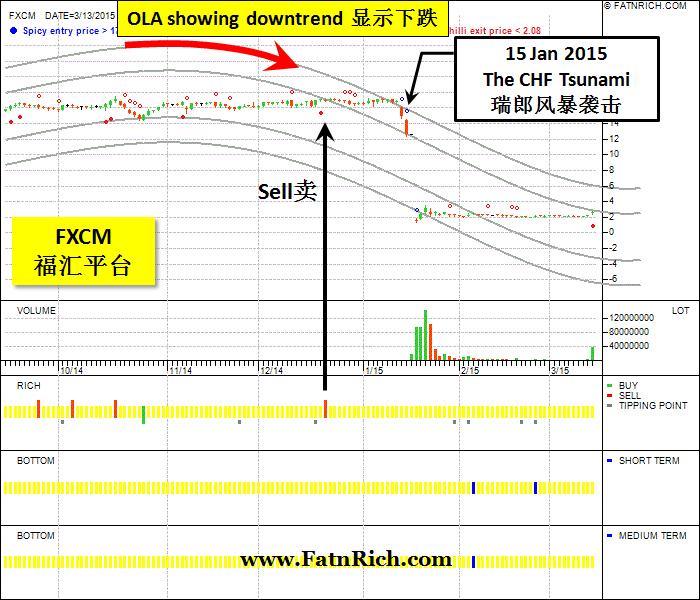 Prior to the occurrence of this breaking news, OLA has already shown a downward trend in this stock, and sell signals has already appeared; prompting you to quickly sell the shares before others’; thus escaped the CHF Tsunami.

Visualizing that if you are using technical analysis or based on news, can you avoid this losses?

Were you just shaken when these happened or are you also a victim of this incident?

To avoid all these pathetic tragedies, you can consider using INSIDERS auxiliary applications to take you to the next level of investment.